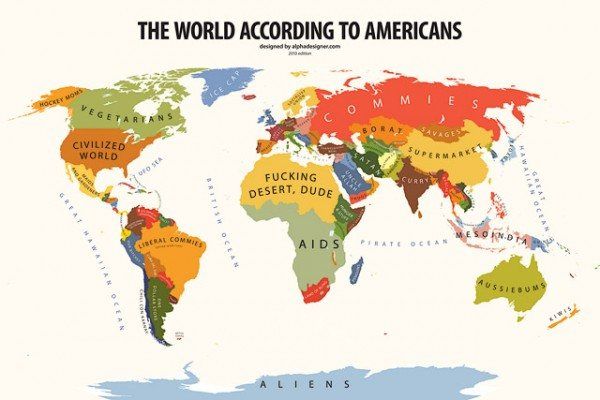 In high school, we either picked a group to be a part of, or we were given a group to be a part of. There were jocks and nerds and goths and student body snobs. You had to find your identity among these predefined groups, and even if you didn’t feel the peer pressure to belong in any of these, you probably still made assumptions about those less independent people; you conveniently labeled them as just another [insert group name here]. Then in college, we encounter socially awkward engineers, the unemployment-seeking humanities majors, always practical and looking-to-optimize-things business students, and the ones who appear intelligent but are actually tremendously skilled rote memorizers – the pre-meds.

Gender stereotypes can get fun too. Gender is oftentimes one of the first pieces of information we find out about someone. Look at a stranger, the first thing you notice is gender, and perhaps age range and ethnicity. In conversation, whether someone uses “he” or “she” influences our interaction with the character being described. And when some people meet those that play outside of the lines of conventional gender identities and roles, it makes them uncomfortable because the coherent storyline in their heads is being challenged.

So we all generalize – sometimes it’s offensive and inaccurate, but often times it can make life a whole lot easier. Imagine if you had to start each day without any convenient stereotypes ready for you to use – you would have to relearn everything, you’d be asking questions about things that most people have long stopped questioning ever since their parents told them that “that’s just the way things are”.  When we build models, we are essentially generalizing about the world. An important part of modeling is to represent your variables (or key parts) at just the right level of aggregation; in other words, how much can we generalize about a group without misrepresenting it?

climate change, then you might disaggregate populations in the developing world from the developed since these groups have different levels of impact on the environment, although certain populations are quickly industrializing to soon win membership into the Big Consumer Club. You might even introduce non-human populations such as cattle into this model because humans consume cattle products like meat and milk, and cattle contribute to methane gas release that affect our climate. If you’re building a model about birth control use, you would dis-aggregate populations of people based on religious or cultural values toward sex. The process of defining the degree at which we group things is called “aggregation” – at one extreme, each individual has unique characteristics, but we also know that many things share characteristics and we can lump them together when describing them.

We do this all the time in in everyday language and in our mental models – but rarely do we question if the aggregation is correct. In casual conversation, someone might make a comment like “Women tend to value status more than beauty when they choose male partners“, but generalizations like these often sound uncomfortable to a mindful person because this statement reduced all women into one stereotype, and stereotypes tend to propagate themselves, making it harder for society to break away from a limiting view. Instead of saying “women”, we might change that to say “certain women” or “a lot of women that I’ve met” or “women with lower self-confidence”. But it would also be awkward to disaggregate so much that we begin naming each woman we know that exhibits that behavior. Whenever we question whether we are overgeneralizing, we’re thinking like a modeler. We do this all the time when we tell stories, form assumptions about people, or debate sensitive topics.

Try out the extreme of blatantly overgeneralizing for a day. Any time you observe something about a person or a group of people, blow it up to a higher level. Overgeneralize about an entire race, socioeconomic group, gender, company, industry, college major, etc.

It shouldn’t be too hard because there are already so many stereotypes you can borrow from. Bankers are greedy and heartless, poor people are lazy, people are selfish, and bosses exist to make your work life a living hell. Pretend for a moment that people can’t think for themselves and are only socially conditioned to behave as they are told.  Make this game more challenging – rather than borrow from society’s pre-prepared stereotypes, form some of your own. Feel the thrill of making sweeping statements that can quickly lead to wild theories about right and wrong, why the world is the way it is, and the purpose of human existence. If you dare, share these statements out loud to someone close to you who won’t judge you too much for your absurd behavior. Don’t let them in on the exercise, and see how they react to your comments. Do they correct you or play along? Do they look at you with disgust or thank you for saying something they had felt uncomfortable being the one to say out loud?

The next day, force yourself not to generalize at all. Whenever someone uses any generalization, point it out. Feel the tedious righteousness of being overly concerned about generalizing. Ask them to clarify who specifically they are talking about, and whether they truly believe all [insert noun] behave in the way they described. See how correcting generalizations will affect the flow of the conversation and the energy of the speaker. Will the person be annoyed, amused, humored, appreciative?

Thinking like a modeler is about always being aware of aggregation as a tool, but not losing sight of the assumptions you make every time you generalize. Under-generalizing and over-generalizing both have negative consequences, and a great modeler understands the balance necessary for each problem or question being examined.